My Bookshelves, My Life…

My Bookshelves, My Life… 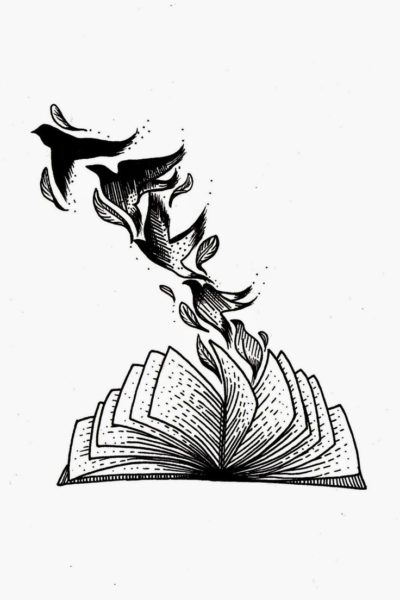 Someone told me once that books represent our intellectual history, and that is now my argument for why I can never get rid of my books. That worn, frayed red book of contemporary poems from college 1990 (that weighs 5 lbs.)? Yeah. Keeping it. That is where I discovered Gerald Stern, and Donald Hall, and Galway Kinnel. That is from the class where the teacher showed us a Bill Moyers film that included interviews with him and modern poets. It is when he interviewed a student of Gerald Stern’s who knocked me over in my chair. It is when I discovered Li-Young Lee. Li-Young Lee read poems that burned through my heart. His poems were from his recent book with BOA Editions called “Rose.” Immediately after class I ran to my friend Kirby’s used bookstore, and had him point me to the poetry section. It was not alphabetized. I did not know what the book looked like. I frantically searched for maybe three minutes before landing on a white-spined book with maroon lettering. “Rose” it said. “Li-Young Lee,” it said. Imagine my luck!

Of course this book with its bent edges and coffee rings is one of my most treasured books, like a bible with gold-leafed edges, if I were to ascribe to such a faith.

Books are my life markers. Mockingbird Wish Me Luck by Charles Bukowski is my 18-year-old self discovering the very thing that set my tone in poetry for life. It showed me that poetry can be simple, using simple but carefully-chosen language. That it can be crafted from simple moments that sparkle whether you are feeling the full face of the sun or you are cowered in a dark corner.  Just out of high school, I had never read poems like Bukowski’s – poems that didn’t need to be analyzed line-by-line, but rather, simply savored long after the last line, even if it punched you in the gut, like his poems often do. An older man who worked as a server in a restaurant with my friend is who first put Bukowski’s poems in front of me. I still remember us sitting in a booth across from each other, him in his leather jacket with his motorcycle parked outside, and me in my hungry innocence.  After reading the poem “Chilled Green,” my mouth hung open with how a poem about a fat woman in a yellow dress eating green jello could be ingrained in my heart, and still to this day, sits on the curb beside me while I write. Now an entire shelf is dedicated to Bukowski, a showcase of my poetic lifeline.

Books are my heirloomed jewels. A hardback of Tropic of Cancer by Henry Miller was a gift from the same older man in the leather jacket. I have hardly ever cracked it open, but I love the feeling of its black cloth cover and rough-cut pages.  Because I rarely open the book, the forgotten transcription inside just washed over me like an old love letter tucked away from a soldier who died in war. The transcription reads: “Dear Julie – I enjoyed this book because I think it’s funny and provoking in the way in which he draws out the profound in the mundane and base. If we can read into the things of everyday life, we become the poets and mythmakers of our own lives…and sometimes somebody else’s. With Love–” It is from 1989. A gift especially for me. A jewel.