The Many Iterations of a Book Cover

The Many Iterations of a Book Cover 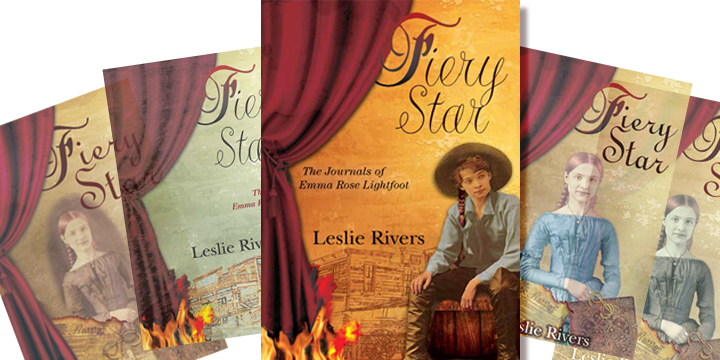 Book cover design is an art form that goes through an evolution of starts, stops, and redirects. To any professional book designer, this challenge is what sparks the drive to create a cover design that both makes the author proud, and also stands out among other books in the same genre.

My goal as a professional book designer is all of these things, plus a welcome collaboration of ideas between myself and my authors. I want my author clients to feel like an active participant in how their book comes to life, and in creating the “face” of their book. Because the cover is perhaps the most vital part of the publishing process, I willingly account for having many starts and stops, as ultimately, I want to come through in the end with a book cover that legitimately compares to the caliber of books from traditional publishing houses. I can’t give my author clients Oprah connections or U.S. book tours, but I can certainly give them a professional, eye-catching book cover.

Take my recent client. She has written a lively and rich historical fiction novel about a theatre troupe traveling through the gold country in Nevada and Placer counties in the 1850’s. The novel is constructed of journal entries by the young, engaging narrator, Emma Lightfoot, who takes to the road with the troupe as their washerwoman at age 16. Emma has recently lost her dad, who was a newspaper man, and was determined to find a “home” with the theater troupe.

I found the graphic of the red velvet theater curtain right away, and that became a constant throughout my cover versions. The type treatment for the title of Fiery Star was also a constant that I built my concepts around. Here is a first early version of the front cover….

We liked the wholesome young look for Emma, and the elements of the newspaper and the journal, and I tried to make Emma look like an old portrait, but then the author suggested we try pulling Emma into the front cover “scene” to make it more active. It was a pivotal suggestion! She suggested infusing color into Emma’s dress, because there is a point in the book when she wears a blue dress to a theatre party. I also brightened up the background, and finessed the typeface of the title and the curtain so that the “F” appeared to be tucking the curtain back. Adding the color brought Emma more to life and present.

We were very close to calling it with this version, and then the author trial-tested it with her literary cohorts, who provided feedback. The consensus was that it was eye-catching and Emma drew them in, but the “journal” didn’t read as a journal, plus the proportion of Emma to the newspaper and the book was off. The biggest bit of feedback we received was that it appeared as “young adult” or “historical romance.” Stop, redirect!

After this, I thought maybe I’d try a version that just illustrated the setting, and not have Emma on the cover. I actually quite liked this version! The author, though, once again provided very helpful insight about it. She said the rendering of the mining town wasn’t very clear, and that without a human element in it, it doesn’t draw her in.

Back to finding the “perfect” Emma! Emma’s character is bit more tough and self-sufficient than the blue dress version depicts. She does, after all, ride her mule wearing her father’s miner’s hat and pants! So we landed on a new Emma.

nd this new Emma, we had to set her into “the scene” of the novel, which is various mining towns and the fires that raged through them. It was a fun process to transform the image of Emma we found to match her character and plot setting. (Notice the braid I added?! And her light makeup?) I also made the background more “fiery” which I think gives the cover an ominous glow.

Now to see how Fiery Star glows on the shelves! Would you pick it up?